When I first invented my locking header bolts, I went to the top three automotive manufacturers, and showed them my product. A way to keep bolts from coming loose and falling off—who wouldn’t want that? The company reps looked me right in the eye and lied, “Our bolts don’t come off,” they said.

“Whose bolts are lying all over the nation’s highways?” I asked, exasperated.

They each named one of their two competitors.

There are two reasons companies lie about their bolts. One is about the impact on sales of admitting any imperfection in the product. You just don’t do it—unless you’re forced to by a product recall! The other is about planned obsolescence. If you replace your exhaust system but the bolt loosens up, you’ll be buying a new header gasket long before you would have otherwise. Manufacturers want to sell you stuff on a regular basis — not just once.

A truly satisfied customer, when sold something built to last, doesn’t need to buy another one next month or even next year. People in sales hate that. Fifty years ago, things like washing machines and ovens were built to last twenty years: they were major purchases. Now, you’re lucky to get a one-year complete warranty on appliances, computers or cars.

Planned obsolescence is built in; things fall apart because of inferior components that don’t last. It costs more to repair some items than it does to buy a new one, so more things end up in landfill when they should, by all rights, still be operational.

When a car manufacturer uses lower grade steel on something as simple as a bolt, it can end up costing a lot in time and associated repairs. It’s also a safety hazard, because when bolts work loose, people can get hurt. It happens all the time — cars, lawn mowers, boats, airplanes. And there’s no reason for it, beyond corporate greed. 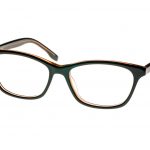