If you wear glasses, you’ve probably been mightily annoyed when the screw dropped out of your glasses and then fell into the car seat, never to be found again.

If you’re one of those organized types, you might even have had an extra case with a tiny screwdriver and extra screws so you could repair your glasses—providing you could see what you were doing without your glasses! And unless you have the manual dexterity of an eight year old on a mission to get big candy out of a small box, forget it.

We made tiny locking eyeglass screws for a glasses company, and they were fantastic. With our locking screws, people’s glasses lasted on average, two years instead of four months; the previous average life expectancy of their glasses. Market research has found that if glasses break inside of four months, customers tend to return them for replacement of refund, but after four months, they think the breakage must be their own fault. So, the planned obsolescence for their eyeglasses is right about at that four month mark.

You might say we screwed up. Our locking glasses screws lasted so long, they negatively impacted sales. The product was too good; it lasted longer and people were satisfied with their purchases. The company decided to return to the cheap screws they’d used before. 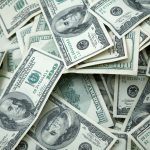 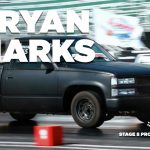